Stepping Into The World of Thought Leadership

First, don’t let yourself get intimidated by the fancy moniker of “thought leadership.” Don’t assume what you have to say isn’t valuable, or that you can’t become a thought leader. It’s just a different approach. It’s not unlike the difference between a classical piano instructor and a concert pianist. Both are highly skilled. Both are passionate. Both have years of experience.

The difference with the concert pianist is that he or she has chosen to take their music to a larger direct audience and present their talents publicly with all of the risks, responsibilities and accolades that come from a solid performance. Not only that, they adopt a leadership role, working to inspire others to elevate the craft at large.

That’s not to say that it’s an easy leap from expert to thought leader, but rather one that can be approached methodically, like any skill.

A thought leader in small town Nebraska is no less a thought leader than someone in New York. While the latter may have the benefit of a larger audience directly in their backyard, The web has had a profound effect on making the world a much smaller place

Of course there are thought leaders in any industry that have made a global name for themselves, but that’s not the only pond to play in. Trade organizations, for example, are frequently launching regional versions of their primary events, which still include similar content formats (e.g. speakers, breakout sessions, etc.)

The digital ecosystem is continuing to grow in its ability to link prospects and service providers, and with sites like LinkedIn encouraging their members to blog directly in-platform, the possibilities of reach within a targeted segment are enormous, regardless of where you call home. So if you can manage to see yourself as qualified as anyone (assuming you have the expertise to back it up) it’s just a matter of getting started.

What am I Passionate About?

There’s a belief that how something is said is as important as what is said. It’s true. We can all relate to being enthralled by someone speaking on a topic, even when we don’t find that particular topic interesting at all. So what’s the secret?

It’s passion. It’s charisma. It’s the ability to detect that the person speaking (or writing) has a genuine interest in what they’re talking about, and have a passion for communicating it to an audience. And conversely, we can all detect general disinterest or feigned interest. So ask yourself “What am I enthusiastic about?”

That is thought leadership at its core. It’s the ability to take what you know and inspire, engage, and empower an audience.

Marketing
Stepping Into The World of Thought Leadership2017-04-102017-04-10https://circulus.io/wp-content/uploads/2017/01/circulus_logo-1.pngcirculus.iohttps://circulus.io/wp-content/uploads/2016/12/stepping-into-the-world-of-thought-leadership_header.jpg200px200px
About
Wes Wilkins
Wes is the VP of Marketing at Circulus, and when not geeking out on marketing and tech, he's geeking out on video games, sports, craft beer, music, culinary, and his 2 husky compadres, Stevie Nicks and David Bowie. 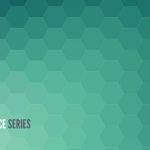 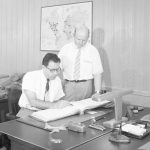